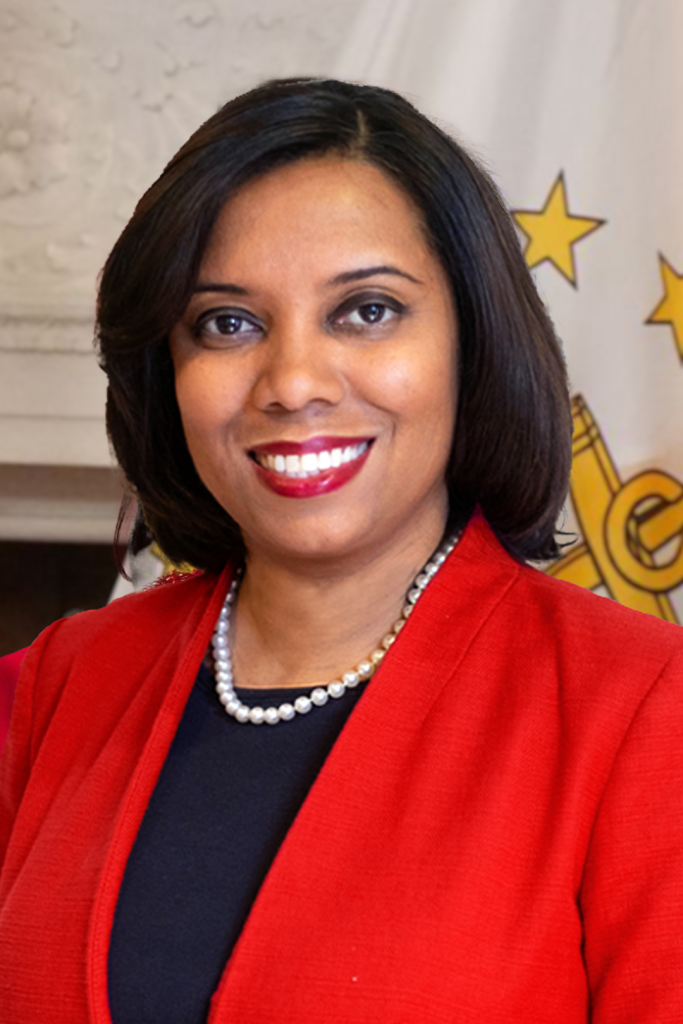 Before she was appointed Lieutenant Governor, she served on the Providence City Council from January 2011 until April 2021. During that period, she was elected as the first Latina to hold the position of City Council President Pro Tempore in 2015, and in 2019 she was elected City Council President by her peers. She has the distinction of being the first Latina to hold both positions in the city’s history. As the Councilwoman for Ward 15, she represented the neighborhoods of Olneyville and parts of the Silver Lake and Valley.

Lieutenant Governor Matos was born in the province of Barahona in the Dominican Republic. In April 1994, she emigrated to the United States.

She is a proud graduate of Rhode Island College, where she earned her BA in Communications and Public Relations in May of 2001. She is also a graduate of the Latina Leadership Institute and Leadership for a Future.

Matos is also a graduate of the Aspen Institute’s Rodel Fellowship Program – an invitation-only fellowship program for elected officials at all levels in the United States.

The Lieutenant Governor has served as the past President of the ECAS-Educational Center for the Arts and Sciences, the RI Latino Civic Fund – The Latina Leadership Training, and the Rhode Island Latino Political Action Committee. She has also previously served as the Board Secretary of the Olneyville Housing Corporation and on the Univocal Legislative Minority Advisory Council and Latino Policy Institute boards. Matos has also been a member of Direct Action for Rights and Equality and the Olneyville Neighborhood Association. She is a founding member of LUCHA-Latina’s United for Change.

Lieutenant Governor Matos lives in Providence, Rhode Island, with her husband, Patrick, and their two children, Diego and Annemarie.

June 24, 2021
The Accidental Entrepreneur: When Life Hands You Lemons...
Being your own boss is potentially one of the most rewarding and liberating experiences. However, passion and a great idea are not enough to guarantee success; the likelihood of achievement is significantly enhanced with deliberate forethought and planning. When Elaine Dickson embarked on her entrepreneurial journey it was in response to an unpleasant and unexpected life event. Looking back there are critical enablers that could have made her startup journey less bumpy. Join us as Elaine shares her story and some of the building blocks that were crucial to her success.

June 24, 2021
The Future of... FinTech Data Analysis
Suraj Sait and Morgan Prior currently intern at Marstone, Inc., a leading provider of digital investing solutions. During their internship, they chose to analyze trends in user behavior related to risk tolerance questionnaires using a variety of statistical tools. Using their analysis, they then explored classification of users by persona and built a predictive model for classifying users by risk level. In this presentation, Suraj and Morgan will highlight their key findings, as well as the data science concepts which underpin them.

June 17, 2021
Startup Story: USEFULL
USEFULL is on a mission to help colleges, corporate offices, campuses, and communities design plastic out of the day-to-day, starting with single-use cups and containers. USEFULL is a Boston-based circular solution that partners can implement. USEFULL provides the technology and inventory - returnable stainless steel cups and containers - to take the place of single-use to-go options. Watch the recording of their story below!